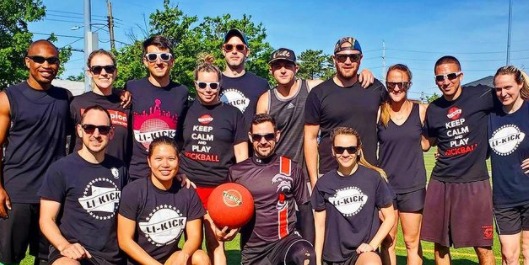 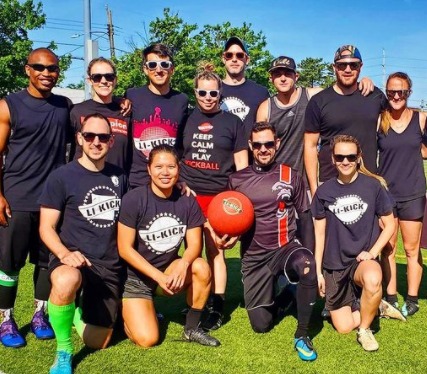 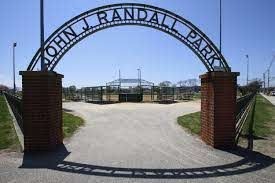 LI-Kick has a long history of traveling to other cities to compete in Kickball Tournaments. The Super League is the training ground to prepare us to play against the best from other cities and leagues.

What are the rules? The specific Kickball rules we'll be playing by will mimic the rules of upcoming tournaments and may include fast pitching. Every week we'll play a double header.

Who are the captains? We need a few good men and women to lead teams. When you sign up online you'll have the ability to indicate you would like to captain a team

How are the teams made? Captains will form teams by consensus, meaning that the teams will be divided as evenly as possible, with each player filling a role on their team. Special consideration will be made to keep players together who will be playing on the same tournament teams.

Do I need to be an all-star to join? No. The super league is open to all players of all abilities. You just need the desire to play in a competitive atmosphere.

What tournaments is LI-Kick attending?

Playing in the Super League is the most direct way to get on these teams.

Register Early and Save!

Signing up as a free agent is an awesome way to meet new people. Add some supplementary information when signing up and we will do our best to place you on a team with players near your age.

What is the Bar Champs?

In addition to the weekly game, many of our leagues also include a series of mini-challenges. The challenges vary by league, but generally teams are awarded points for bar attendance, taking and sharing photos and playing & winning different bar games. Games may occur on the field or at the leagues sponsor bar. The team with the most points at the end of the season will be crowned the Bar Champs and earn some fun swag and bragging rights.