Game times are 8:15, 9:15 and 10:15. Game times will be evenly distributed throughout the regular season. Each half lasts 25 minutes, the second half can go to 30 minutes with stoppage time.

You'll play every team in your division once during the regular season. Your regular season record will determine which post-season tournament your qualify for;

Whether your looking to land on a team or just want to meet some of your future league mates our sport specific Facebook Groups are a great way to get connected to our LI Kick community before your league begins. 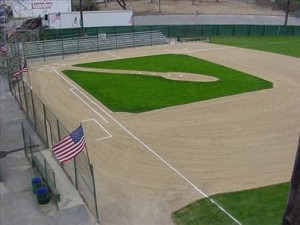 Kens and the Ladies

Mike and His Dogs

Why I First Joined LI-Kick: I missed playing sports and making friends

Advice for New Players: Hang out after your game, be bold and introduce yourself, everyone is so friendly and open so if you come out you will get to know more people. Also, buy a round of shots, it has never failed me.

Proudest LI-Kick Moment: Running Kicks for Nick and a Night for Nick, which has shown LI-Kick come together as a community and we are more than competitors.

Fun Fact: I'm on the cover photo of the LI-Kick website!

Watch out for: Don't underestimate short girls, they'll take you out

I'm so excited to get back outdoors and playing. Game times are at 8:15 9:15 and 10:15. all games need to start on time so that the later games don't get pushed back any later. Game times will be evenly distributed to teams throughout the regular season. We play 2 25 minutes halves, the second half can go up to 30 minutes at the refs discretion to allow for stoppage time.

I suggest everyone wear cleats. Shin guards are not required but recommended - if you don't wear them you do run the risk of getting kicked in the shins. I also recommend bringing bug spray once the weather starts getting warmer. Glen Cove is near the water so come mid-season the fields tend to get buggy at night.

Divisions: We are at 18 teams this season, which means that we have 3 Divisions. Teams were placed in divisions based on a mixture of my discretion, their requests and prior performances. I wish everyone luck in their respective divisions! This was a tough call for some teams as we had a large bulk of teams who were division 2 - I had to make judgement calls for a few teams, so while some of you may have rougher or easier regular season games, playoffs take the bottom and tops of divisions to play against one another for promotion and regulation for the summer season - so you'll have much more competitive post seasons.

LI-Kick soccer is a social sports league, while soccer in inherently a competitive sport and we have amazing athletes looking to win it all -- excessive contact, personal attacks, egregious yelling and general crappy behavior is just not our vibe, no one is getting scouted here. Referees will issue cards and eject players for any of that behavior. Let's keep it fun for everyone!

Player Discipline is as follows: